Fourth case completely dismissed in less than a month. 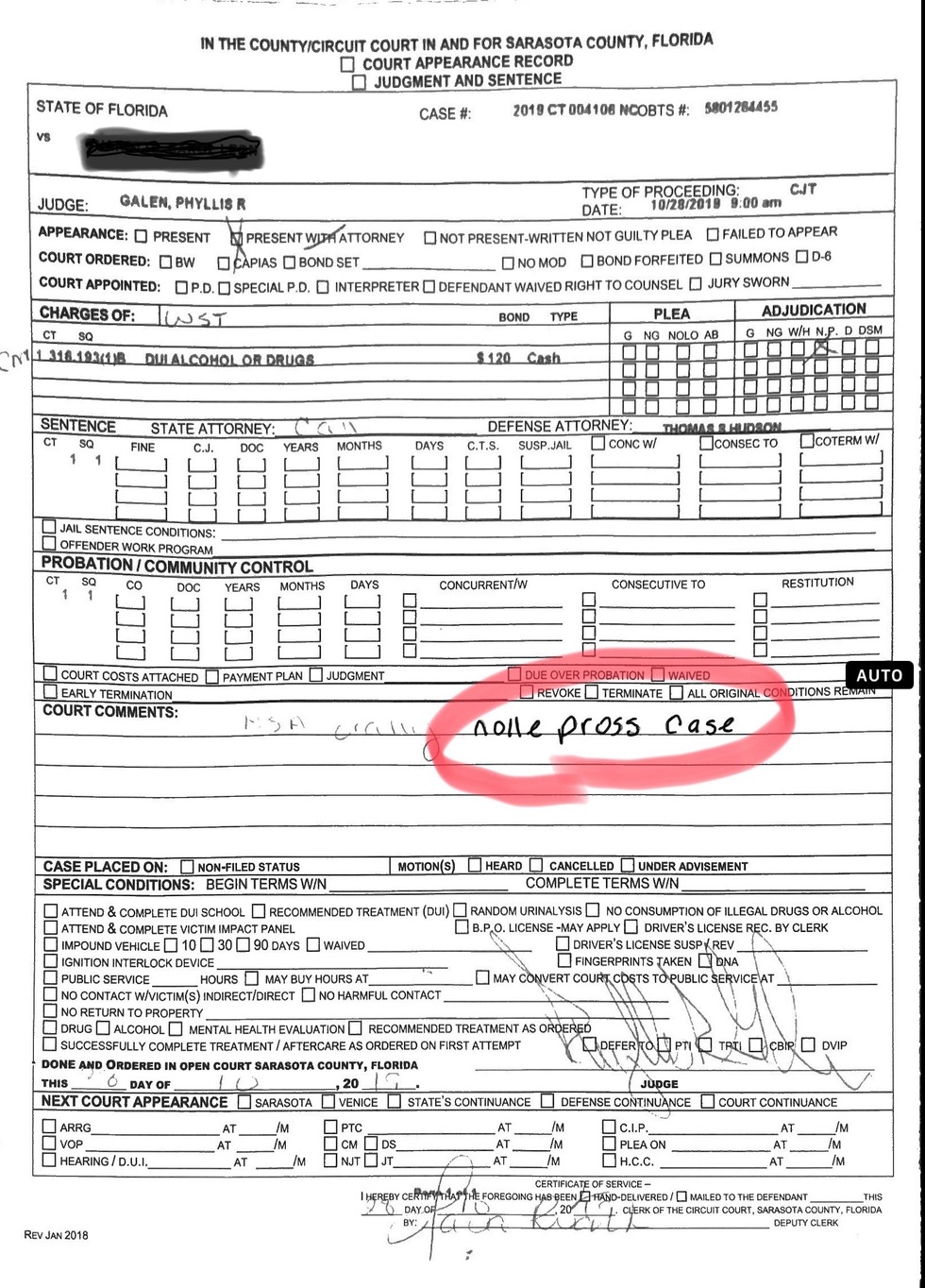 On the morning of trial, the State of Florida dismissed the case against our client, a 75 year old veteran. We are the second lawyer on the case, and insisted that the case be dismissed or we would go to trial.

Our client had been pulled over for weaving, and was having a diabetic episode. He blew .000 on the breath alcohol estimator. But police asked for a urine sample, and found nothing but his prescribed medication. He took medicine for PTSD from his combat tours in Vietnam. The State had said many times that they were not abandoning the prosecution. We were equally determined that this American hero, who had been honorably discharged from the U.S. Marines and the U.S. Air Force, would not plead guilty to anything.

Late in the week before trial, we got word from the State Attorney's Office that the case would be dismissed. An example of what you can accomplish if you fight your case.