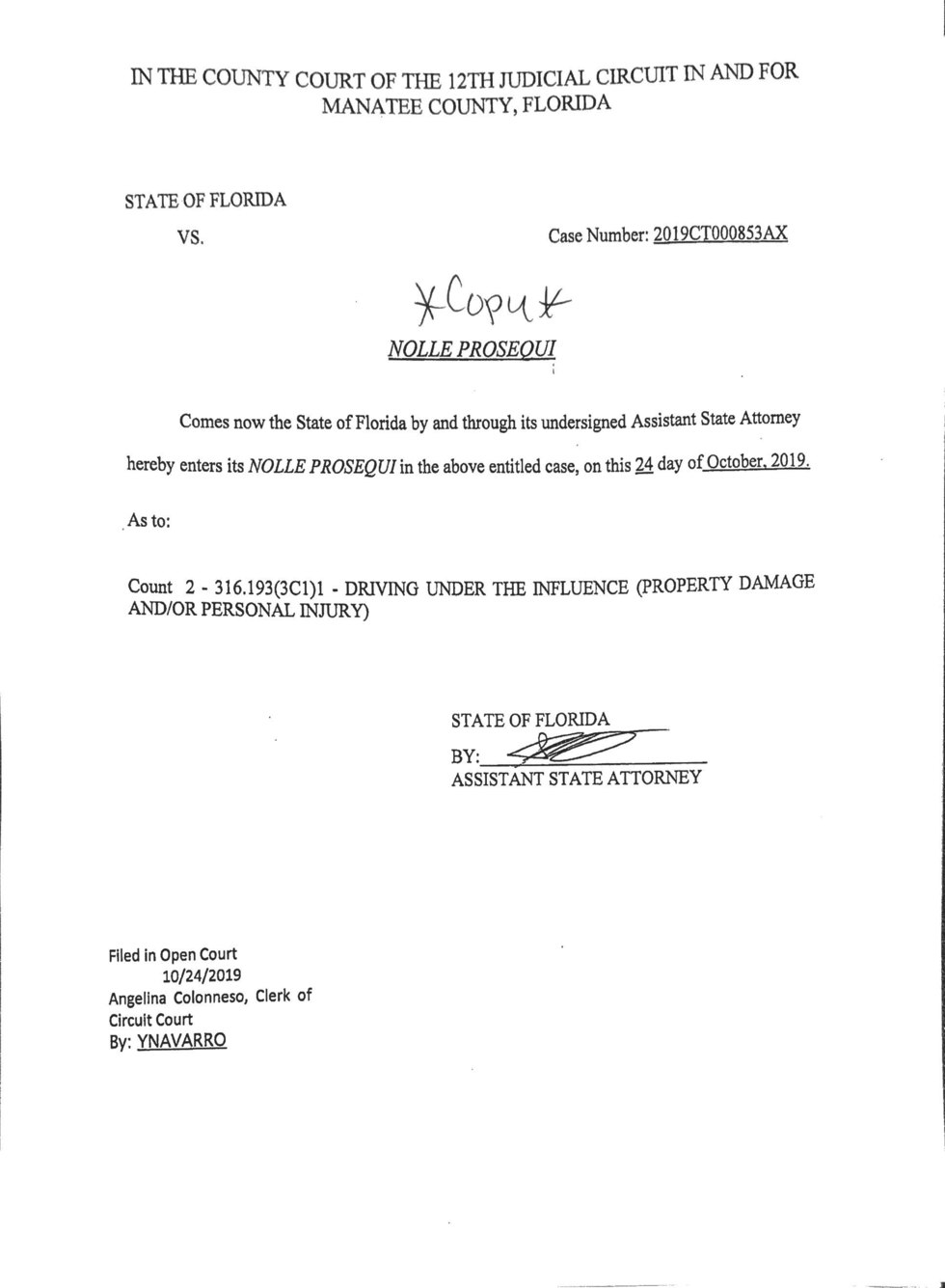 For the fourth time in the past month, we were notified by the State Attorney's Office that our client's DUI case was going to be dismissed outright. Many times, the state will offer to reduce or "plea bargain" a pending charge, but we have been on a roll with getting all DUI charges against our client dropped entirely.

Needless to say, we had one happy client.