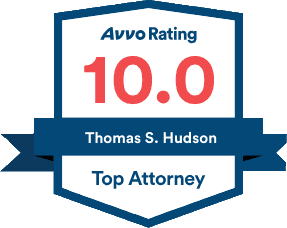 Tom has been practicing criminal law since 1980 when he started his career as a felony prosecutor in Cleveland, Ohio.  He is rated 10.0/10.0 (Superb) on Avvo.com, and has been AV-Rated (Preeminent) by Martindale-Hubbell. He has been a life member of the Multi-Million Dollar Advocates Forum, an organization comprised of attorneys who have acted as lead counsel on large civil cases, in excess of $2 million, since 2012.

Tom is one of four lawyers in the State of Florida who is board-certified in the defense of DUI cases. In order to achieve that distinction, he had to undertake a year-long course of study, had to get recommendations from judges and other lawyers, and had to pass a written exam and oral exam, in Honolulu, HI, in January of 2008. A board certified DUI lawyer must demonstrate mastery of the criminal law, criminal procedure, drivers license regulations, blood and breath testing and metrology. Tom's board certification, from the National College for DUI Defense, has been renewed twice.

Besides our legal accomplishments, The Hudson Law Office has been active in our community. Tom has had the honor of sitting on numerous nonprofit boards, and is currently a member of the Board of the Sarasota Animal Rescue Coalition. ARC has run a program in Sarasota for 20 years, to provide free and low-cost spay and neutering for dogs and cats, to stem the population of homeless companion animals. It is the founding principle of ARC that no animal should lose its life to make room for another in a shelter.

Our main office is in Sarasota, and we have a satellite office in the middle of Old Town Key West, at the corner of Duval and Fleming Streets.

“Mr. Hudson was and is in my opinion a class A DUI Attorney. I received my 2nd DUI in 2 yrs (shy 1 month) Mr. Hudson did everything he could to reduce my sentence. I am a senior citizen and in poor health. He always makes himself available and always kept me informed and calm. I recommend him highly and I was lucky to have him as my attorney. I can say I also consider him a friend.”  - Beverly

“Answered all the questions i had, returned my phone calls, and Did everything he could for me and saved my future. Thank you Tom!! “- Melissa B

“Amazing job...would definitely recommend...had my relative's charges and penalties reduced to lowest possible levels, and records can be sealed (which other attorneys thought would not be possible)” Timothy R