Outside the Box Thinking

What does it mean to think "outside the box?"

What often sets one lawyer apart from another is the ability to solve problems with creative thinking that doesn't just go down the same furrow which has been plowed a thousand times before.  For example, a few years ago, We were confronted by a client whose driving just didn't seem bad enough to justify the original police stop!

So we hired an investigator to show how good drivers drive in the real world.  And who better to observe than the police?

So we got video of how police cars actually drove on the roads, and, well, let the Sarasota Herald Tribune tell the story: 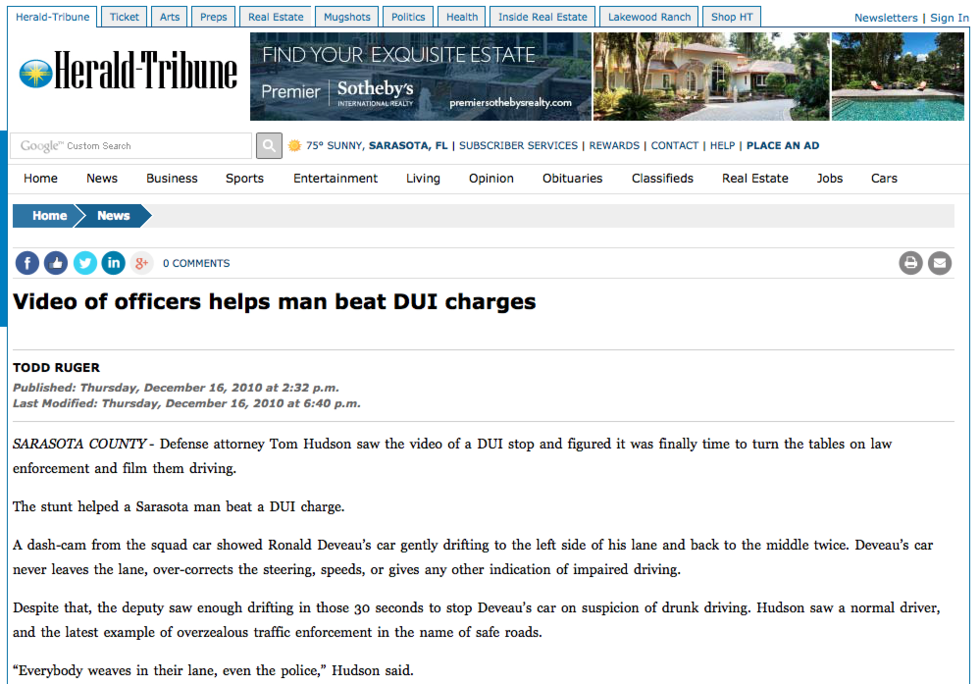 The local paper describes how we creatively won one case!