The Hudson Law Office was established in Sarasota in 1996.  Before that, Tom Hudson had practiced for 16 years in Cleveland, Ohio, first as a felony prosecutor, and later as a criminal defense lawyer. Our Key West office was opened in 1998.

Beginning in 2003, Tom Hudson began focusing his criminal practice on the defense of DUI cases. He decided to go to school to learn what the police learn. He took the classes that police took. He became certified as an instructor to teach those classes and has actually taught DWI Detection and Field Sobriety Testing a number of times. Tom has been recommended by some of the best-known DUI lawyers in the country.

In addition, Tom Hudson has been trained as a Florida Breath Test Operator, and as a NHTSA Drug Recognition Evaluator. In 2008, he took and passed the Board Certification test held by the National College for DUI Defense. Fewer than 100 lawyers nationwide have achieved Board Certification from the NCDD. His certification was renewed in 2013 and again in 2018, and he was named to the faculty to the National College for DUI Defense. He has been a member of the faculty of the NCDD Summer Session, held at the Harvard Law School, since 2014.

The Florida Bar says, "Board certification recognizes attorneys' special knowledge, skills and proficiency in various areas of law and professionalism and ethics in practice."

There is a difference between a Board-Certified general criminal lawyer and a Board-Certified DUI specialist. Florida refuses to recognize DUI Defense as a separate specialty. However, the distinction between criminal defense and DUI defense is crucial. There are hundreds of board-certified criminal trial lawyers in Florida. Many of them have little or no expertise in DUI. 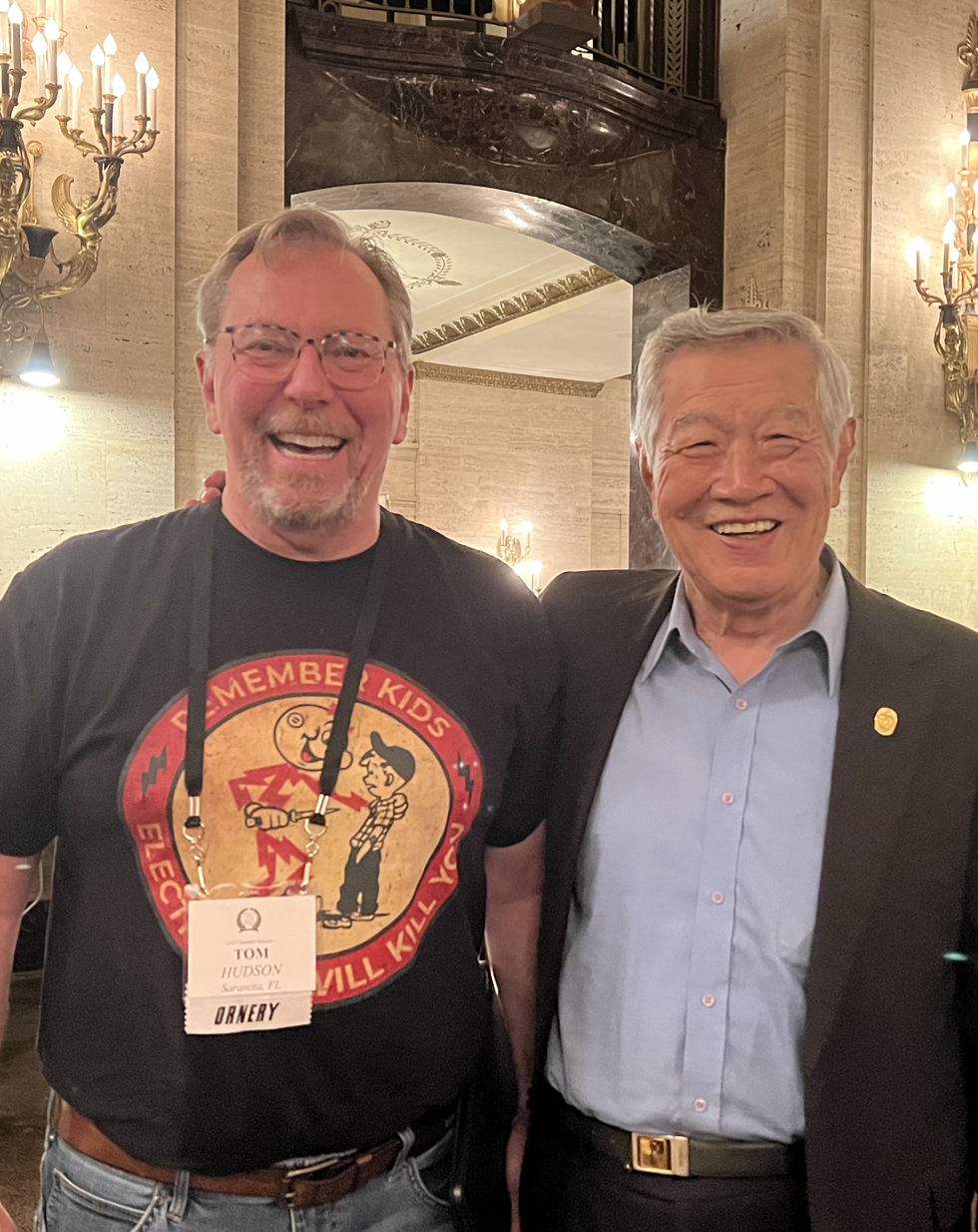 Tom Hudson with renowned criminologist Dr. Henry Lee (of The Staircase and the O.J. Simpson murder trial) at the National College for DUI Defense in Chicago.

Being a Board-Certified DUI Lawyer means knowing a lot of science. DUI cases are heavy on the forensic sciences, including blood and breath testing by gas chromatography and infrared spectroscopy. It is also important for a lawyer to be very familiar with how the body metabolizes alcohol and other impairing drugs, and also to know medical conditions which might mimic the effects of alcohol or drugs, like diabetes or high blood pressure. The lawyer must also learn about "metrology"--the study of measurement, and why some measurements are more reliable than others.

The Hudson Law Office has represented thousands of citizens accused of crimes for nearly 35 years. Let us help you!