A Driving Under the Influence charge may be the result of alcohol or another chemical substance (e.g., marijuana) or both. To be a criminal offense in Florida, your blood alcohol content must be at or above the legal limit, or you must have an illegal chemical substance in your system, or your driving abilities must otherwise be impaired. Believe it or not, you can be convicted of DUI merely on the OPINION of the police that you are impaired by alcohol, without any kind of chemical test.

In Florida, there are hundreds of arrests made daily for impaired driving. Those arrested are often people like you and me: law-abiding citizens. At Hudson Law Office, we are Board Certified in DUI defense. DUI defense is the only thing we do. Every professional moment is spent to help you beat a DUI charge or to, at a minimum, get the best possible outcome from the facts you bring to us. Contact us at (941) 358-5400 in Sarasota or Bradenton, or (305) 292-8384 to learn more about how we can help you. In the meantime, here are some of the most commonly asked questions we get from our clients when we first meet them about their impaired driving charge.

Blood alcohol content (BAC) is a measurement of the amount of alcohol found in the blood expressed as a percentage. It is calculated in grams per 210 liters of breath, and a BAC of 0.08 means there is 0.08% alcohol by volume. Measuring BAC is a way for law enforcement to calculate the amount of alcohol someone has had and their ability to drive a motor vehicle.

What are my rights during DUI traffic stops?

suspects impaired driving, don't forget that you have certain rights as a U.S. citizen. Namely,

If you are arrested or detained, you have additional rights, including Miranda warnings.

If you believe your rights were violated in any way, try to write down everything you remember, including the police officer's agency (state police, county police, etc.), badge number, and patrol car number.

Can I refuse a breathalyzer test in Florida?

You can refuse a breathalyzer test. Refusal, however, carries with it significant consequences. Those consequences are the following: 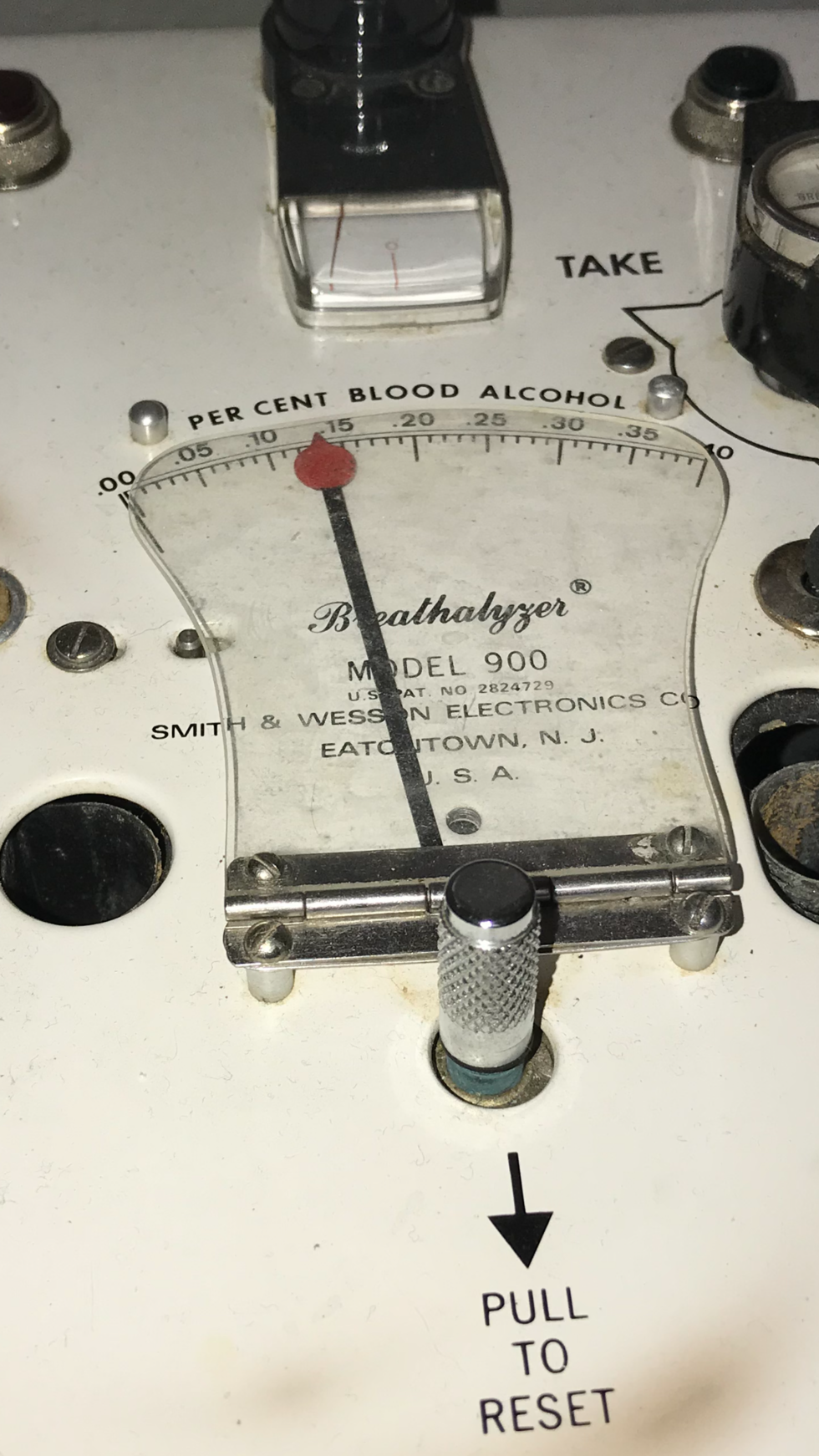 Standardized field sobriety tests (SFSTs) are tests approved by the National Highway Traffic Safety Administration (NHTSA). These tests are allegedly designed to help police determine whether a driver is intoxicated or not.

There are three Standardized FSTs:

The results of these tests may be used as evidence against you in an intoxicated driving case. Non-standardized tests, on the other hand, are not validated by NHTSA and are typically not admissible as evidence.

You should know that NONE of these sobriety tests, whether standardized or not, are scientifically sound. A DUI lawyer who knows what he is doing can expose these tests as the pseudo-scientific claptrap that they are. Tom Hudson has been a certified Instructor in DWI Detection and Standardized Field Sobriety Testing since 2004. In 2019, he was a featured speaker at Harvard Law School on the subject of the SFSTs. No one in Florida knows the SFSTs like Tom Hudson does.

Can I refuse field sobriety tests in Florida?

You can refuse a field sobriety test in Florida, although there may be consequences, such as being asked to complete a breathalyzer test or provide a urine sample. Your refusal may be admissible against you in court, but an expert DUI attorney may be able to show that almost no one passes the SFSTs.

After a DUI arrest in Florida, will my driver's license be suspended or revoked?

There are two different types of suspensions. The first is an administrative suspension, and Florida will suspend your license if you refuse a breathalyzer or have a breath alcohol level over .08. This means you can lose your driving privileges even when you have not been found guilty of driving while intoxicated or under the influence of a chemical or controlled substance.

The other type of suspension occurs when you are convicted of an intoxicated driving offense.  Whether your driver's license will be suspended or revoked depends on your jurisdiction, your BAC level, and whether this is your first offense.

What happens after a drunk driving arrest in Florida?

If you are arrested for drunk driving, what happens next depends on the facts and circumstances. It's important to know that DUI arrests result in two processes after an arrest: (1) the administrative hearing, which results in civil penalties, like driver's license suspension; and (2) the criminal process, which can result in a conviction in the absence of a strong DUI defense. A conviction can lead to fines, driver's license suspension/revocation, imprisonment, ignition interlock device (IID) installation, and other penalties.

Can I still get auto insurance in Florida after a drunk driving conviction?

Note, however, that even if you have been convicted of only one drunk driving offense, you will still be required to obtain FR-44 insurance. FR-44 is a certificate of financial responsibility required by the Florida DHSMV in order for you to get a license. This form is not insurance, but rather proof that your auto insurance policy meets the minimum liability coverage required by state law. A fee, which ranges from $300 to $800 on average, is most often charged to file this form.

Can I beat a drunk driving charge in Florida?

Aside from errors or unreliable test results, an alleged DUI offender may have had their constitutional rights violated. This happens more often than you might imagine. A violation can lead to the inadmissibility of some or all evidence. Without sufficient evidence, the case will be dismissed, or a jury may return with an acquittal.

You will need a drunk driving defense attorney to help you beat an intoxicated driving charge. These cases can be highly technical, as much as legally complex.

Can I just plead guilty to DUI?

An arraignment is a hearing where the defendant can plead guilty, no contest, or not guilty. You can plead guilty, but the real question is whether you should or not. It would be a mistake to plead guilty at this time, especially without the counsel of a drunk driving lawyer in Sarasota, and there are multiple reasons for this.

If it's your first drunk driving charge, it can be tempting to plead guilty right away so that you can get the case over faster and get on with your life. But it would be a serious mistake. You give up your chance at acquittal, and your opportunity to get the case reduced. And most importantly, with a DUI on your record, any subsequent DUI convictions will assuredly lead to harsher penalties.

Do I need a drunk driving lawyer in Florida to win my DUI case?

If you plan to get the best results, it is in your best interest to have an attorney represent you. The law can be complex. The evidence can be highly technical and scientific. Police and state expert testimony can be damaging. All these things can lead to a conviction, unless you have the necessary skills and knowledge to successfully counter them. Most alleged DUI offenders do not have that kind of knowledge and skills.

At Hudson Law Office, we don't just dabble in defending DUI cases. DUI defense is all we do. We know the law and the technical, scientific make-up of field sobriety tests, blood tests, breath tests, and urine tests. We also know how to identify and proactively address any constitutional rights violations to benefit your case. Contact Hudson Law Office today at (941) 358-5400 in Sarasota, and at (305) 292-8384 in Key West, to schedule a free consultation and get honest advice on your best legal options.