Every July, we slow down a little bit, because I have to leave town. During that month, the National College for DUI Defense meets at Harvard Law School, where it has been holding its Summer Session for over 25 years. 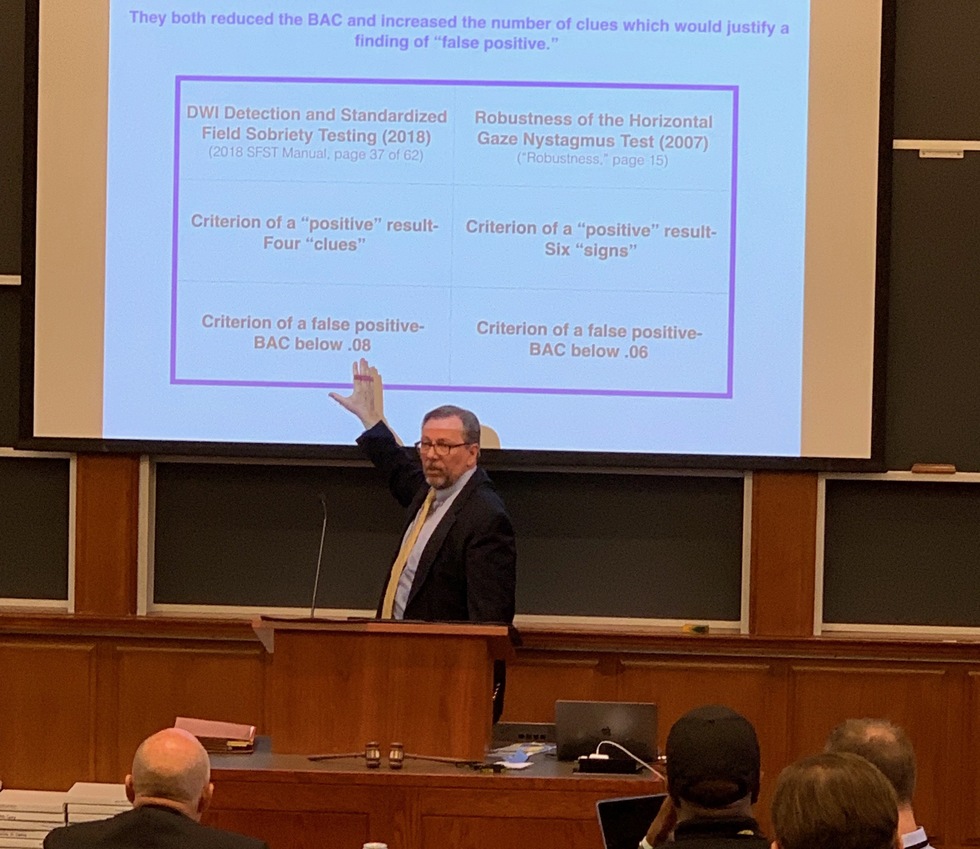 But this year was special. This year, I was asked to attend as a featured speaker, to teach some of the finest DUI lawyers in the country about problems we have discovered with one of the government's favorite field sobriety tests, the Horizontal Gaze Nystagmus test. You can learn more about what I was talking about here. Or here.

The details are complicated, but the overall plot is not. The federal government has been falsifying data to support the supposed “science” behind their favorite field sobriety test for over 40 years. One of my NCDD colleagues, the late Allen Trapp, initially discovered the problem with their data. When he died a couple of years ago, I followed his lead, and discovered dozens of ways that the U.S. Department of Transportation has acted in bad faith to hide the fact that the test simply doesn't work.

Without getting into details, it was an exhilarating experience sharing the facts I had discovered with my professional colleagues. I was frankly quite nervous. I speak publicly all the time, but rarely to an audience comprised of people who I admire so much. But my nervousness was apparently all for nothing, as I got a lot of positive feedback and a few tentative offers to travel to other states to give the presentation to some of the judicial colleges throughout the United States.

The judges of the trial courts should be aware of this. There has been an outright falsification of data, and secret changes to the scoring system in the laboratory to hide the complete uselessness of the HGN test.

And for the typical driver, this means one thing: Never, NEVER let them administer the “pen test” to you at roadside. If you do, you will fail and you will be arrested.