Still another case dismissed in its entirety. 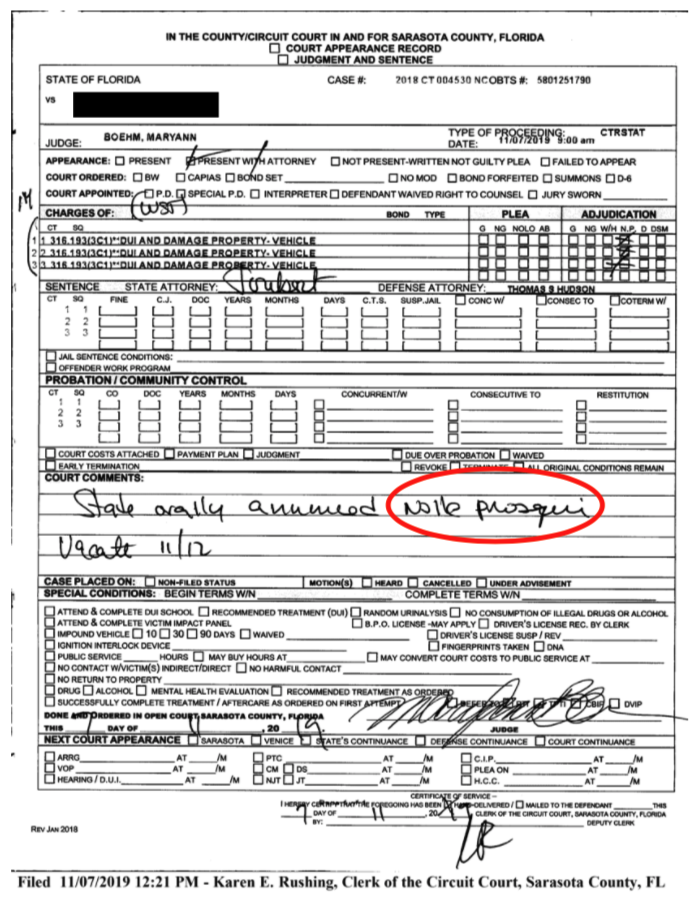 October was a heck of a month for us, as four separate cases were totally dismissed by the State Attorneys Offices in three different Florida counties. And November is starting off well, too.

This morning, at the trial scheduling of a case that was scheduled for jury selection on November 11, the State of Florida dropped the DUI charge against our client. They had been offering to reduce the charge to Reckless Driving for almost a year, but our client was steadfast. He would not plead guilty or no contest to something he didn't do.

He had been involved in an accident after getting dizzy from a medical condition. At first, the police claimed that they smelled alcohol on him. But he blew .000 on the Intoxilyzer. Then they claimed he was on drugs, and took a urine sample which was positive only for his prescribed medication.

We hired a toxicologist whose report said that there was literally NO evidence that our client was impaired by his medication. Luckily, the State eventually realized that, and dropped the case.