A Case that Started as a DUI, ends with no conviction 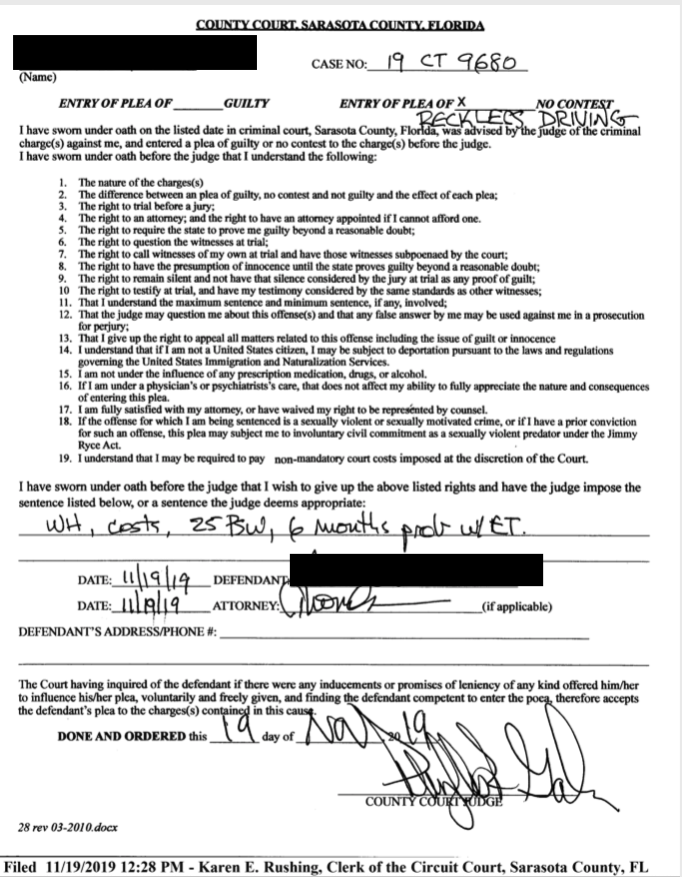 Our client was originally arrested for DUI. After we entered an appearance, the case was ultimately filed as a Reckless Driving, and today we worked out a resolution  that made our client happy. No conviction. No license suspension. No fine. Only court costs and some community service.