The Hudson Law Office Gives Back to the Community, as our dog Pippi is Honored.

Saturday night February 20 was the night of the Animal Rescue Coalition's Unconditional Love Gala.  It is the annual 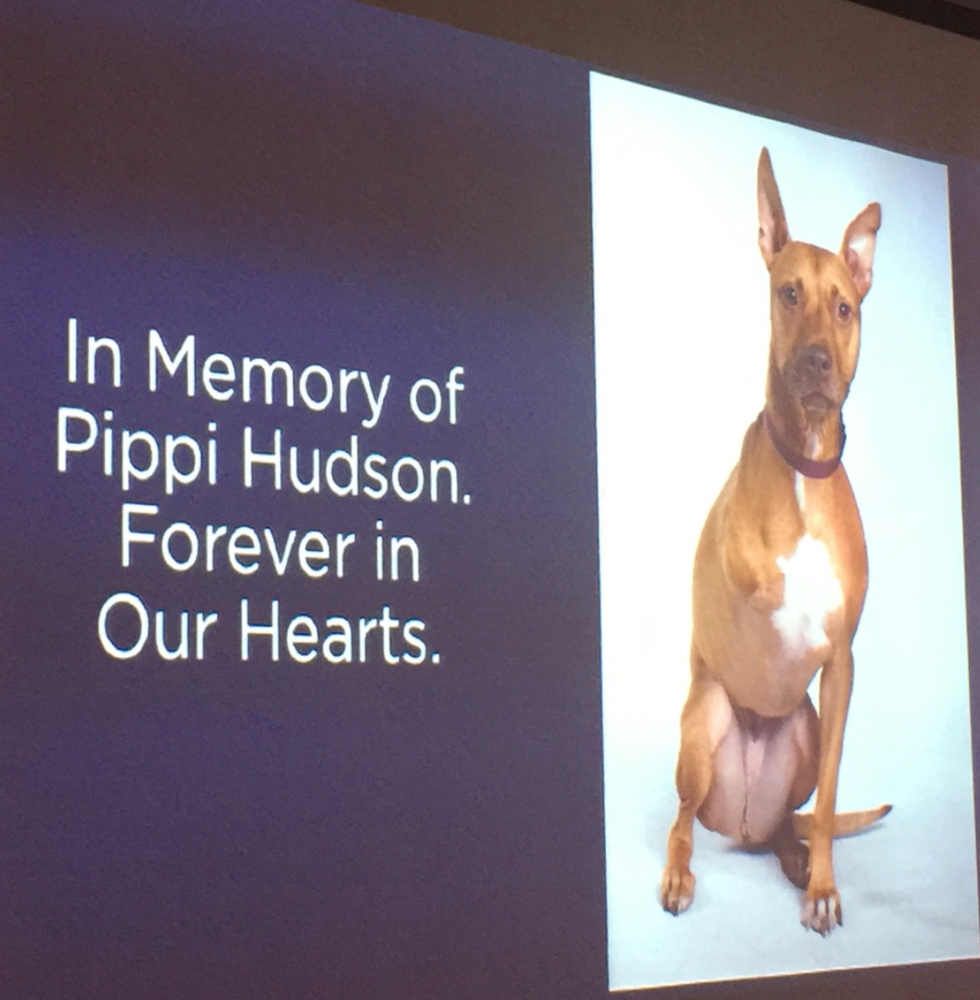 fundraiser for this worthy charity.  Tom has sat on the Advisory Board of the organization since 2011.  ARC's mission is twofold: To provide low-cost spay and neuter services to prevent the tragedy of overpopulation and euthanasia, and to provide medical treatment to injured animals so that they can be homed with loving families.  (Emergency Medical Fund).

Pippi Hudson was a little pit bull who came to the Hudson Family from the Emergency Medical Fund.  In her six years with us, she visited patients at a local hospital on a weekly basis, and became a fundraiser for the EMF that had saved her life.  In that short time, Pippi raised nearly $24,000 for the Animal Rescue Coalition.  And the Hudson Law Office still contributes in Pippi's memory.

When Tom sat down to dinner at the Gala, a couple of people from ARC told him to make sure that he was present for the video presentation known as ARC's Mission Moment.  The video highlighted the journey of another beautiful pit bull named "Tiny," who was treated by the Emergency Medical Fund and found his forever home.

At the close of the video, there was a tribute to Pippi, who died about a year and a half ago.  It brought tears to everyone's eyes.  (You can watch the full video here: https://www.youtube.com/watch?v=bxw6OdKBzOA)

Such a beautiful gesture called for a response, and the Hudson Law Office has contributed another $1,000 to the amazing work of the doctors and veterinary staff of the Animal Rescue Coalition.