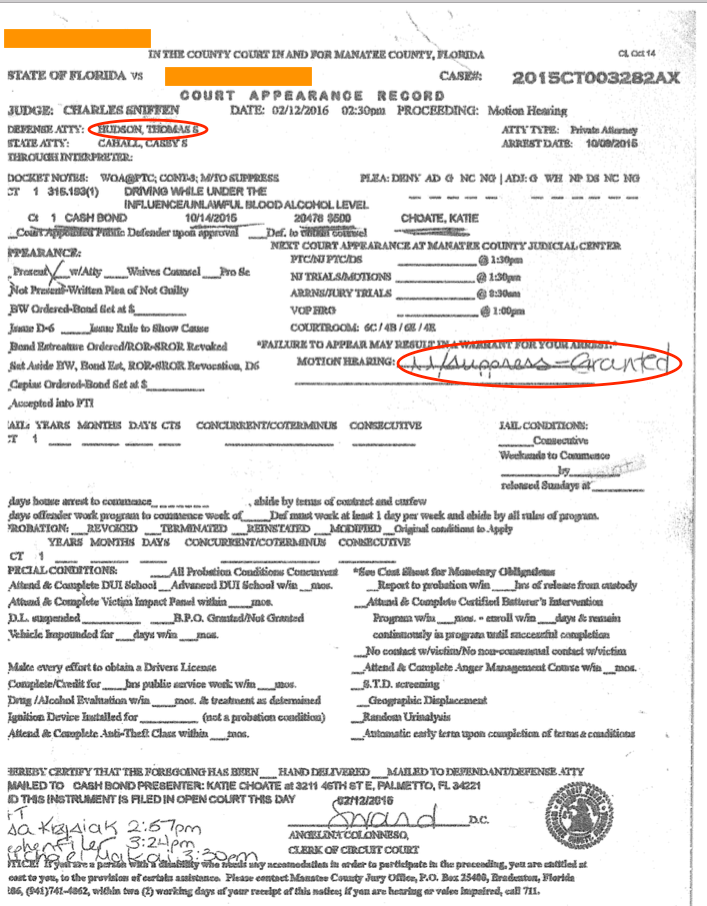 Our client had been observed behind the wheel by an officer from another county.  She thought our client's driving was erratic, so she called the local police.  However, Florida has strict laws about times when the police may make a custodial arrest.  And this wasn't one of them.  So all of the evidence obtained after the time that police took our client into custody is inadmissible at trial.

Just another day at the office....