Our client had been out at a nightclub, and had objected when she saw the police treat someone in a way that she thought was 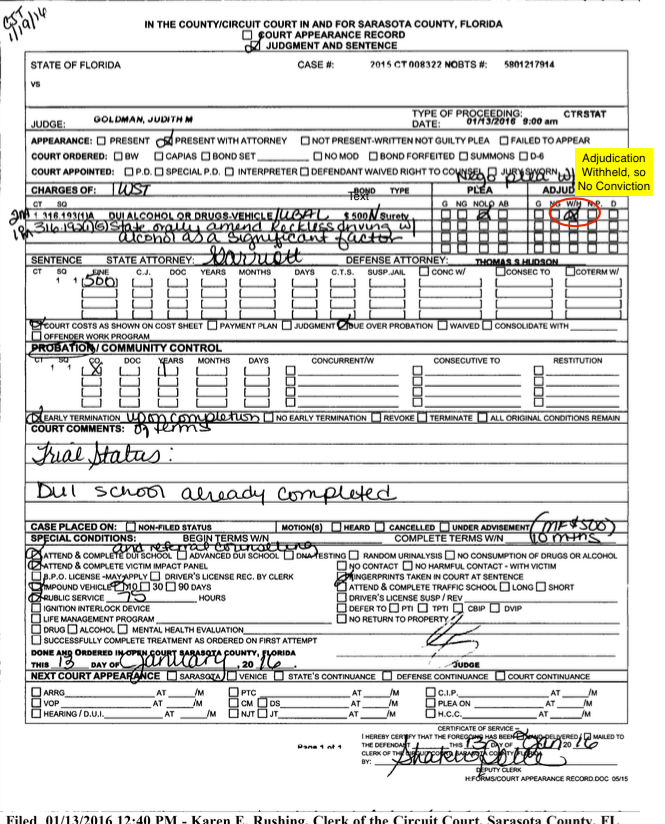 disrespectful. She went to her car and was waiting in her car for a ride to pick her up when the officer she scolded earlier saw her and started a DUI investigation.  (In Florida, you can be convicted of DUI if you are even sitting in a car with the ability to start it and drive away.)

We were ready for trial. However, the advantage of a withheld adjudication is that the case can be removed from your record as soon as you finish the terms of your probation.  In this case, it was a "bird in the hand," and our client was happy to be able to finish the case without a criminal record, without the stress and expense of trial.