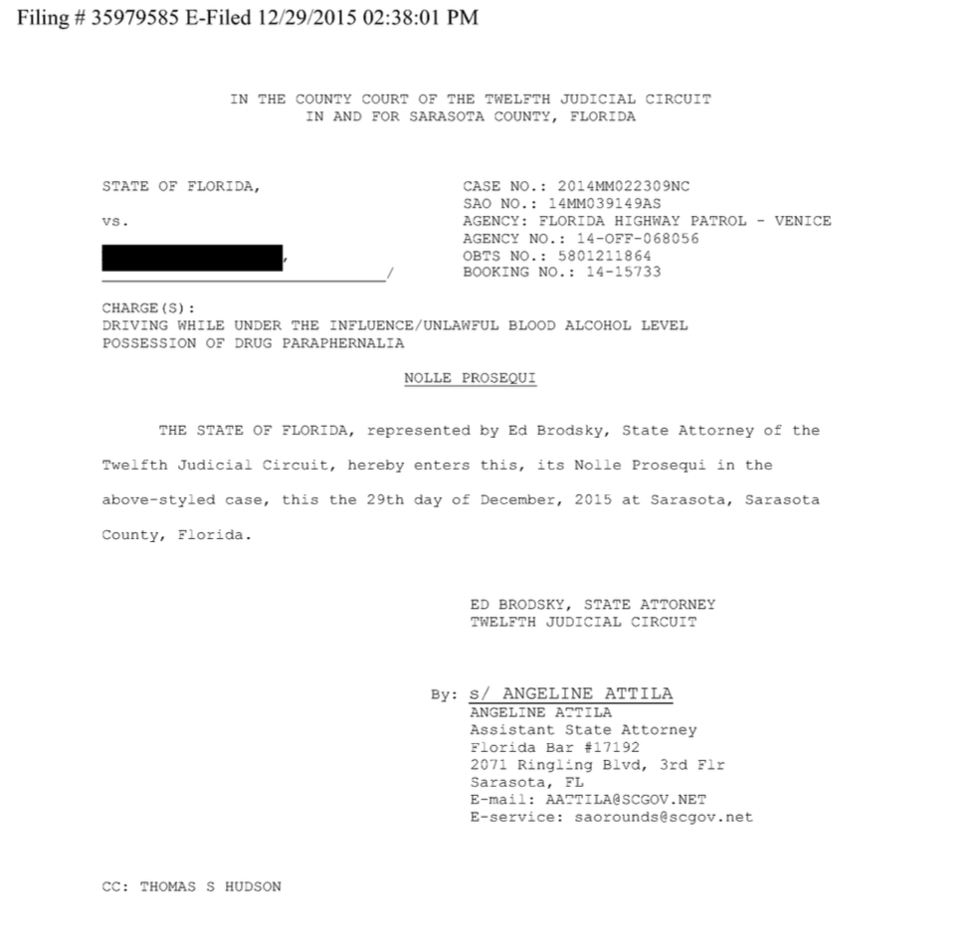 This client had his case fully dismissed a few days before we were scheduled to pick a jury.  The reason was that the original stop was without a reasonable basis.  The Fourth Amendment of the United States Constitution protects citizens from unreasonable searches and seizures.  When the police pull over a suspected impaired driver, they must have a reason.  In this case, the officer saw the client change lanes while approaching a red light, and crossing the solid white lane lines to do so.

The officer in this case even wrote a ticket to our client for "failure to obey a traffic control device," for crossing the solid white line approaching the intersection.  But here's the problem.  Crossing the solid white lane lines isn't against the law.  The meaning of common traffic signs and markings is contained in the Manual of Uniform Traffic Control Devices, and according to the MUTCD, a solid white line merely means to exercise caution while changing lanes.  A double white line means that lane changes are forbidden.

Many general criminal lawyers are not familiar with the Manual of Uniform Traffic Control devices.  Without this knowledge, a lawyer might not have known that the stop of our client was unlawful.  Because evidence discovered in an unlawful stop may not be used in court to obtain a conviction.

This is another reason why a DUI specialist is essential to make sure that every possible defense is being explored.