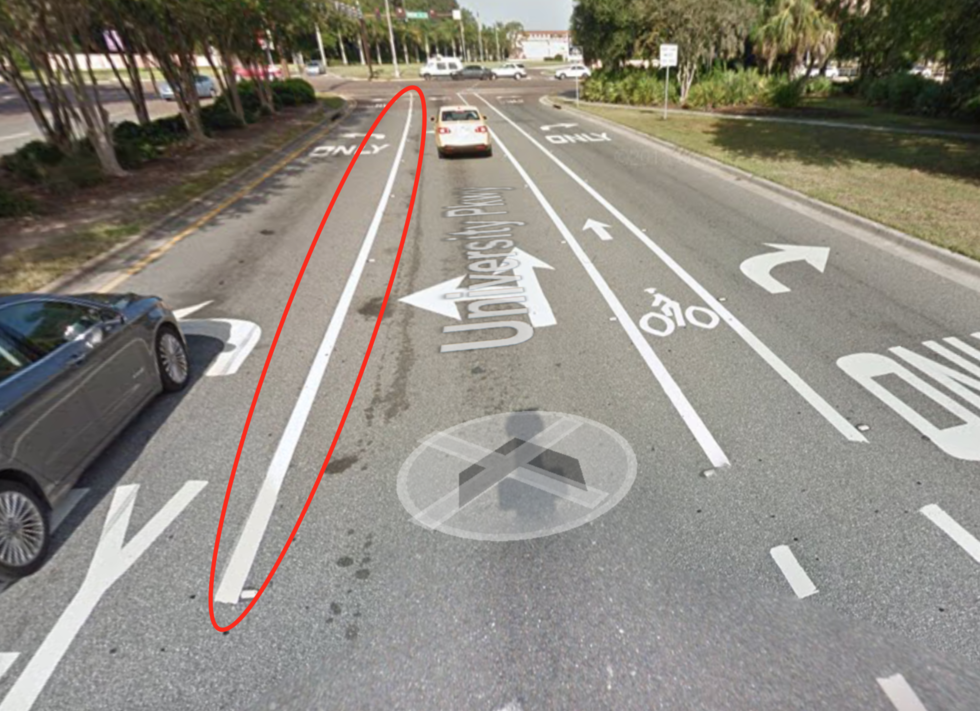 Our client was returning home from entertaining clients. A trooper began following him as he left a nightclub, and followed him over a mile, with his dash cam rolling.  The video showed that our client's driving was fine. The trooper had no more than a hunch about impairment, and so he claimed that he made the traffic stop for "failure to obey a traffic control device."

In researching our Motion to Suppress, we went to the source: The Manual of Uniform Traffic Control Devices, which gives the specifications and meanings for all traffic signs, road markers and signals. And according to the Manual, the single double line approaching an intersection is a signal that lane changes are permitted, but discouraged unless they can be done safely. To completely prohibit lane changes, TWO solid lines are required.

Our client properly signaled and did not affect any other traffic in changing his lane as he approached U.S. 41. Therefore, he did not violate the law. The traffic stop was unlawful, and the products of the stop are not admissible in court.