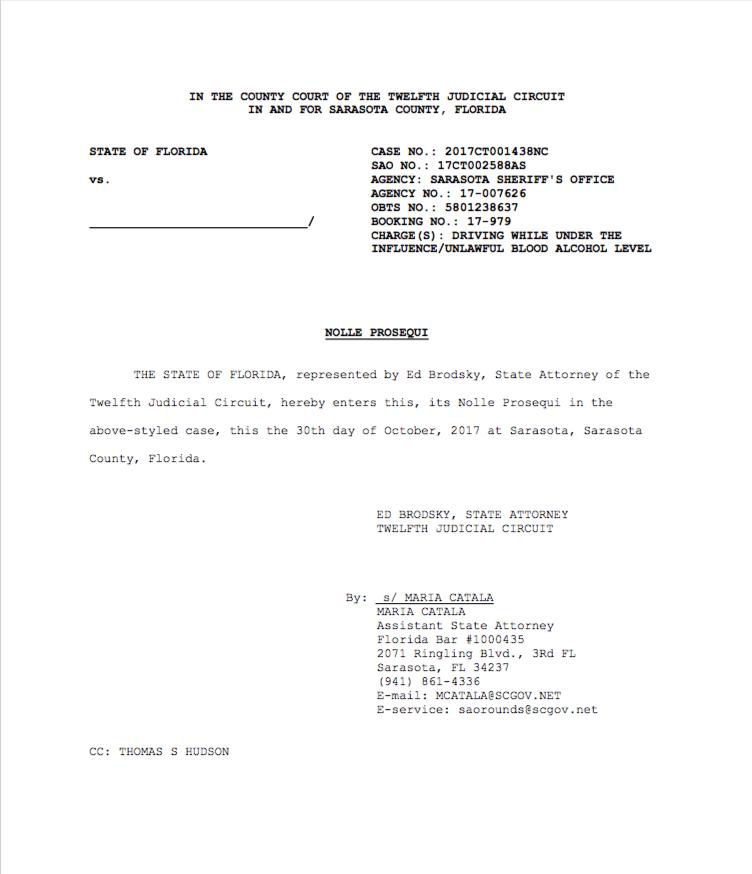 On October 30, we learned that the State had dismissed the case against one of our clients. This was a case in which our client had a minimal amount of alcohol in his system (.02). However the state's chemist had found a metabolite (a by-product) of marijuana in his system. Now think about this. They didn't find Delta 9 THC, the substance in marijuana that gets you high. They didn't even find Hydroxy-THC, which is a first-generation metabolite of marijuana.

No. They found Carboxy-THC, or COOH.  COOH is a second-generation byproduct of marijuana which doesn't impair you in any way, and can stay in your system for weeks after you have been exposed to marijuana. Our client was arrested in January, and it took until the end of October for the prosecutors to realize that what they found in our client's system was not the active ingredient in marijuana. It wasn't even the first-generation byproduct of marijuana. It was a second-generation metabolite which has no effect on your consciousness.

For months, the State had refused to accept that they could not prove a DUI case with the evidence that they had. So (thanks to a courageous client) we set the case for trial. That was the shove that the State needed to realize that their case was no case at all. Needless to say, our client still isn't happy with losing ten months of his life to having this stupid case hanging over his head. However, he will sleep better tonight knowing that his willingness to fight made our win possible.