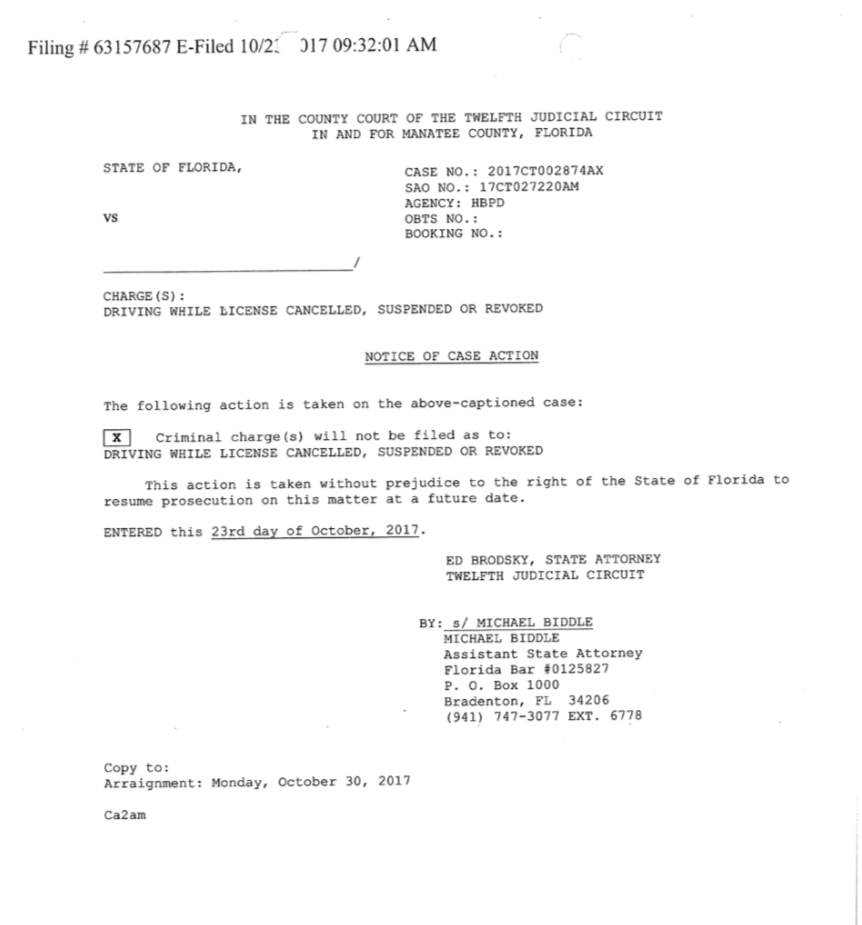 The State of Florida dismissed the case against our client for driving while his license was suspended. They dropped it because we count better than the police do.