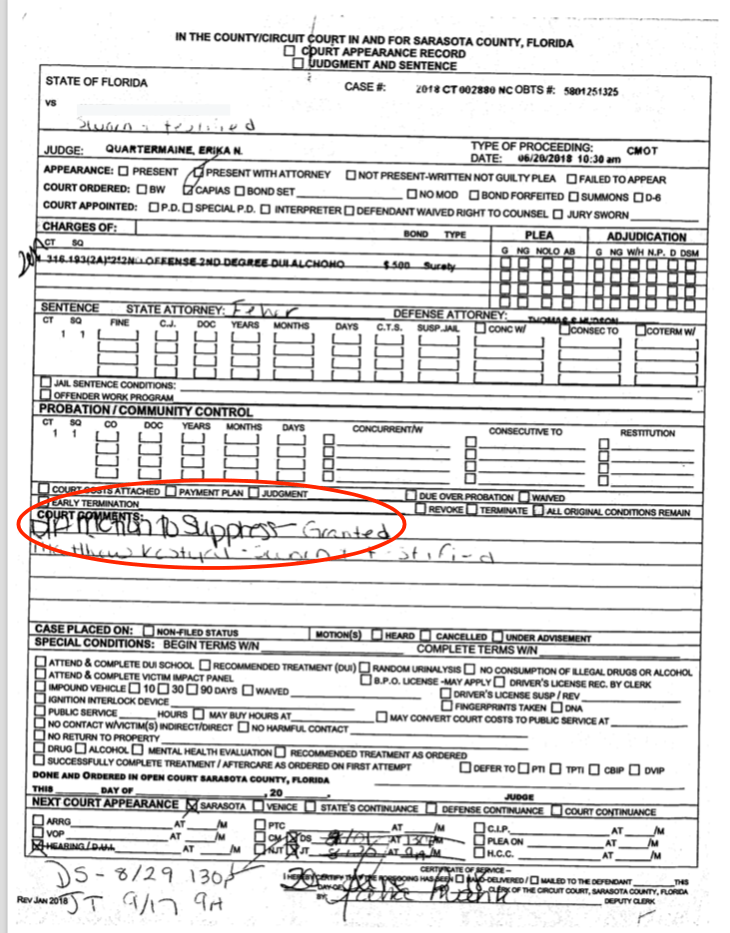 When the police ask you to submit to a breath test, it is actually considered a "search" under the Fourth Amendment to the U.S. Constitution. That means that, unless there is a search warrant, the police must ask for your consent to get a breath sample from you.

In Florida, the state legislature has set out exactly how the police should ask for a sample. It is a verbatim statement called the "implied consent warning." It warns the motorist that a refusal to give a breath sample could result in a license suspension or another criminal charge.

In today's case, our client wasn't sure whether he wanted to give a breath sample. His wife told him to get a lawyer. In response, he was told by the arresting officer that his wife couldn't make the decision for him, and that the breath test "doesn't have anything to do with court."

That last part was wrong. The breath test has EVERYTHING to do with court. It  is admissible as evidence against the accused. And despite the officer reading the implied consent warnings from a card at least twice more, he never corrected the misstatement. He warned our client that a refusal could be used against him in court, but never said that the breath test could be used in court.

Our client relied on that misstatement, and gave a breath sample which could be used against him. We asked that the sample be excluded from evidence, because his consent to the breath test was "coerced" by being misinformed by the officer.

The judge agreed with us, and the breath test result was ordered excluded from evidence.