Cleaning up a Loose End 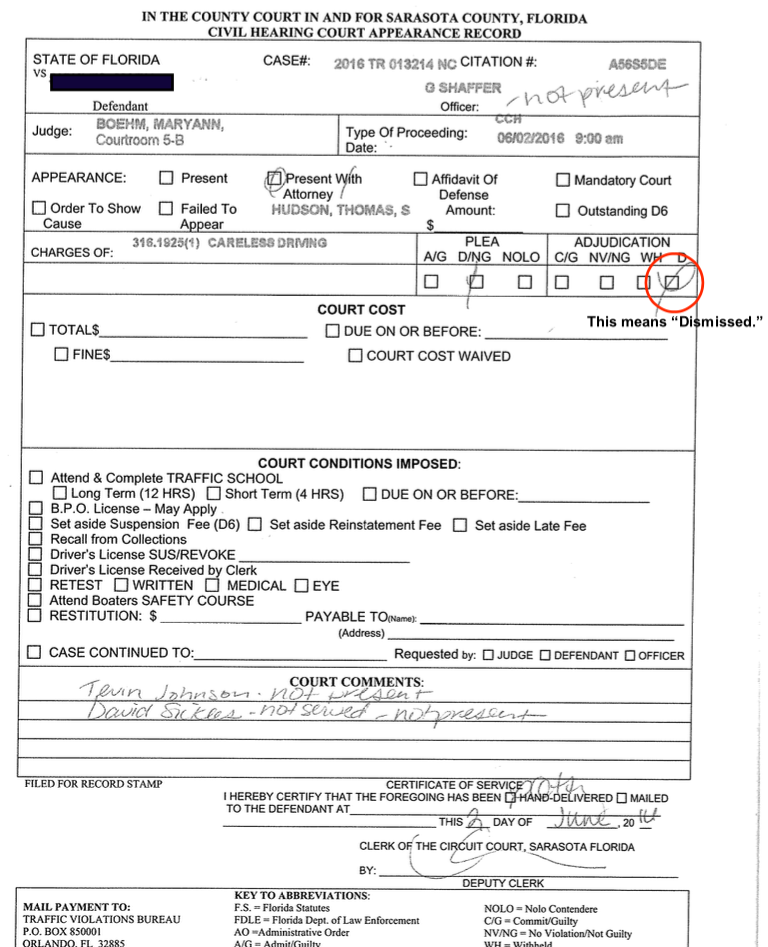 Back in April, we got a criminal case dismissed where our client had been charged with Leaving the Scene of an Accident with Injuries and Giving False Information to the Police.  The case was dismissed because every witness on the scene said that our client did the right thing after he accidentally injured another person at a St. Patrick's Day party.

One loose end hung around, however.  Although the felony charge against our client was dismissed in April, there was a traffic offense of Careless Driving, that had to be addressed.  We went to Traffic Court today and got the Traffic case dismissed in its entirety.