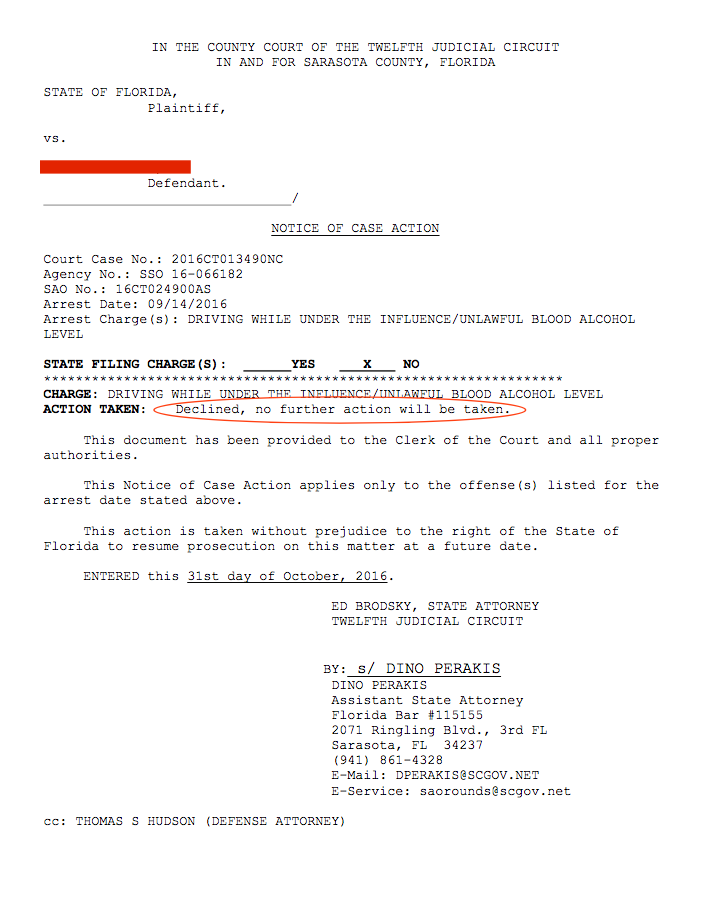 Our client had a slight smell of alcohol on her, from one glass of wine, and was stopped for speeding.  That shouldn't be enough to justify a DUI arrest, should it?  In this case it did.  Our client was taken to the Sarasota County Jail, where she blew well under the legal limit. The deputies were sure that our client's fatigue after three hours of tennis was actually impairment by alcohol, but they were wrong.

A urine test through the Florida Department of Law Enforcement showed that she had no impairing substances in her system.  And our early intervention convinced the State Attorney's Office to decline any further action on the case.

This case shows how law enforcement's faith in "field sobriety tests" is totally misplaced.  All of the scientific evidence shows that field tests can confirm what a layman can tell, if the subject is very intoxicated.  However, the field tests have no validity to tell if a person who appears sober is actually under the influence. It's science.