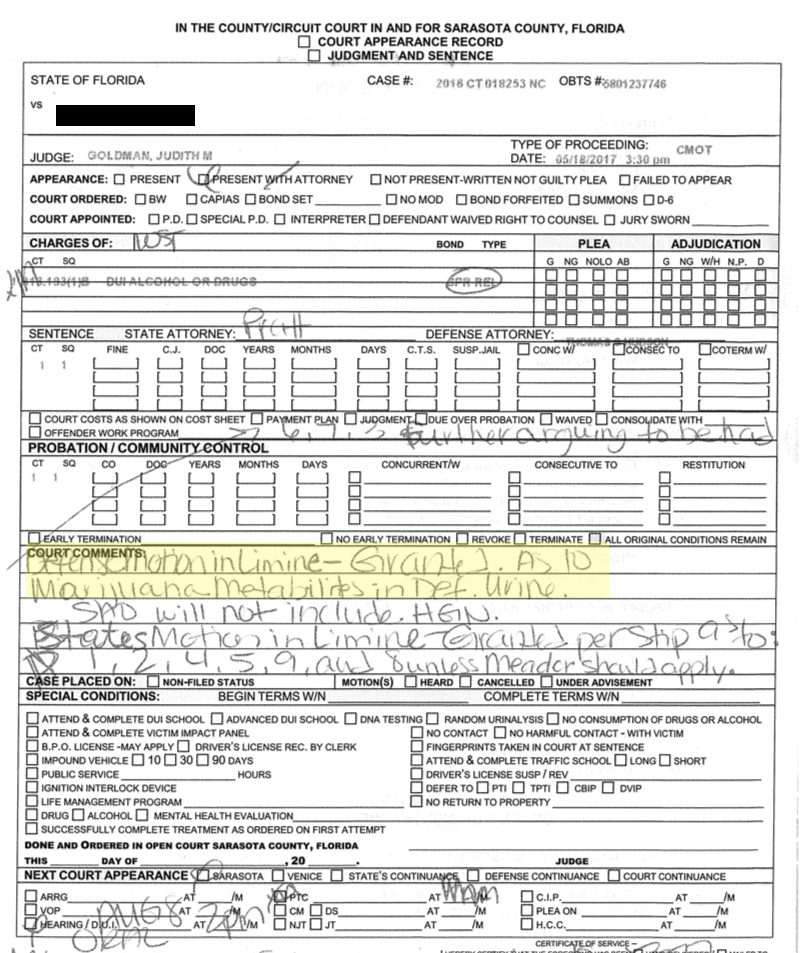 "Pharmacokinetics" is the study of what happens to drugs after they have been ingested. How they move around the body and are metabolized and excreted.

As we have said for years, a thorough knowledge of how alcohol and drugs are metabolized in the human body is essential for a competent defense in a DUI case.  If you've read Tom's page "The Fatal Mistake Lawyers Make in Marijuana DUI Cases," then you know that marijuana is quickly metabolized in the body, and within an hour or two of ingestion, is no longer impairing the driver.

We had a case like that last week. The police lab results said that our client had traces of "11-nor-9 carboxy delta 9 THC" in his system. But that is a harmless metabolite of marijuana which doesn't impair driving and can remain in the system for weeks after exposure.

The case law in Florida is pretty intelligent, and says that carboxy THC in the system is not even admissible in a DUI case, since it is more confusing than probative. We had a full-blown hearing on the matter, and the court agreed. The court ruled that the jury cannot be informed about the marijuana metabolite in our client's system.

That's one step closer to a favorable outcome for our client.