A Quick Jury Verdict, and an Early Weekend 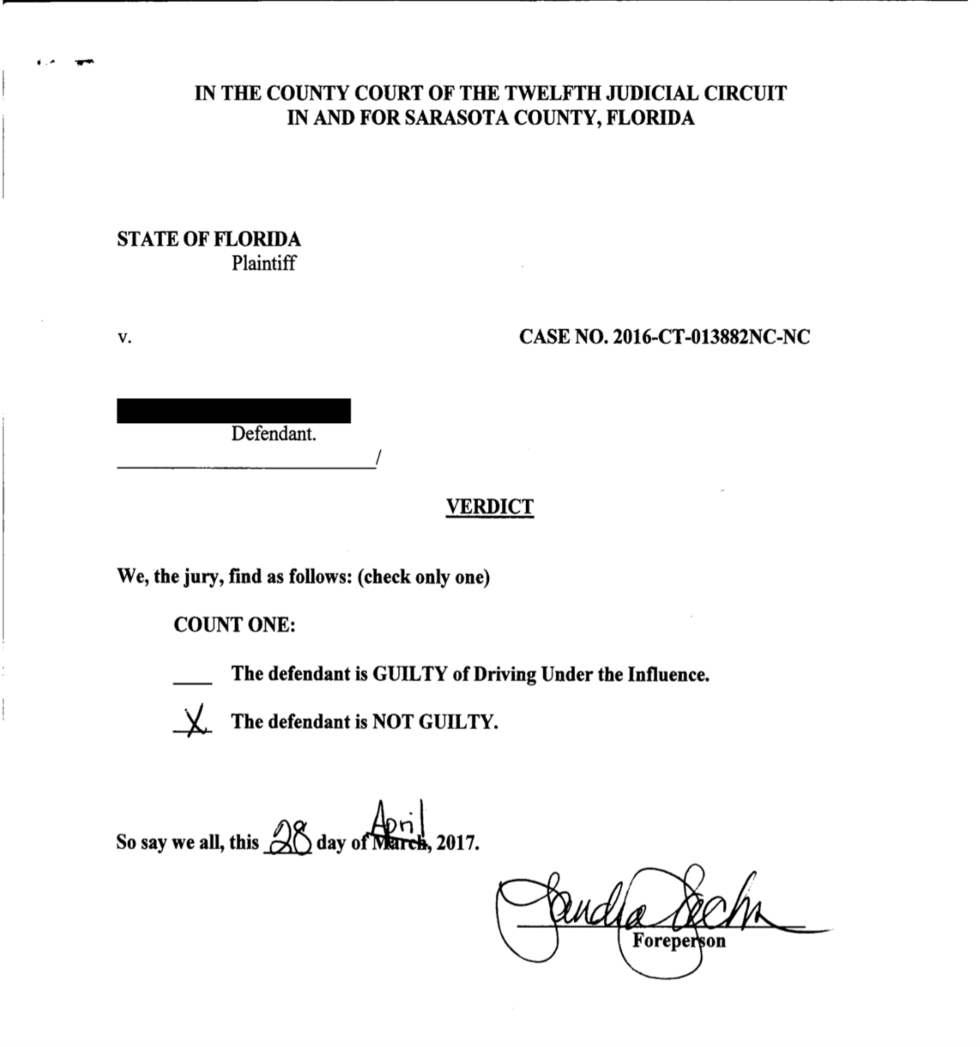 We got a verdict on a Friday afternoon in a Sarasota DUI case. Our client had rolled through a stop sign on Siesta Key, and was stopped by a Sheriff's deputy. When the deputy smelled beer, he called a DUI officer to investigate.

There is a big difference between "two beers" and "a few drinks." First of all, "drinks" could mean really strong mixed drinks, singles or doubles, or something exotic and powerful like a Mai Tai. Secondly, "a few" means two, or three, or four. Or maybe it means that the speaker doesn't even know how many drinks he had. Tom had a field day cross-examining the officer, and the case went to the jury at 2:45pm on Friday.

Everyone expected that the jury would want to see the video again after they began their deliberations. But they didn't. About a half-hour after retiring to deliberate, the jury returned a verdict of Not Guilty. It was a surprisingly quick verdict. But Tom and the client weren't complaining. It allowed them to start the weekend a little early, and in a very good mood.