How Your Liver Keeps You Safe--First Pass Metabolism and Alcohol

Your body is an amazing thing.  The forces of evolution have created some wildly successful systems for keeping you from killing yourself. One of those mechanisms is something called "First Pass Metabolism," or FPM.

As you know, when you eat food, it goes into your stomach and then your small intestine, where the food's nutrients are absorbed into the bloodstream and delivered to every cell in your body.  But there is an interesting first step before that delivery takes place. Before the nutrients go into your general circulation, they go to your liver, which cleans them up.  The liver metabolizes poisons before they can do damage to your wider body, and then the nutrients are sent into the general bloodstream.

Hence the name "First Pass Metabolism."  Before the food you eat can nourish your body, it makes a "first pass" through your liver to make sure it's healthy.  When you consume unhealthy stuff--like alcohol--your body metabolizes a great deal of it before it can ever get to your brain.  Many medicines are also eliminated on first pass, and that is the reason that some medicines are administered under the tongue, or by injection, or (gulp) rectally.  Those routes do not go through the liver, and so the entire dose gets to the general bloodstream.

Here is the thing about FPM of alcohol.  It varies a lot from one person to the next, and from one day to the next in any individual.  Researchers are still learning about FPM, but preliminary research has revealed some things that are pretty interesting to people who drink alcohol.  For example, what other food and nutrients you consume can have a big effect on how much alcohol your body eliminates in FPM.

Some researchers from Australia found that administering a large dose of fructose--the sugar that is used to sweeten Coca-Cola--can double the amount of alcohol that is eliminated from the body on first pass. In other words, subjects who had consumed large amounts of fructose (the equivalent of three to four 12-ounce bottles of soda pop), increased their rate of metabolizing alcohol by an average of 80%.  Some doubled the rate at which they burned off the alcohol they drank.

Now this could be a handy trick for keeping up with the big boys in alcohol consumption without getting overly intoxicated.  However, there is one drawback. Consuming that much fructose at one time is not good for you.  In fact, it's like taking a sledge hammer to your pancreas and liver. 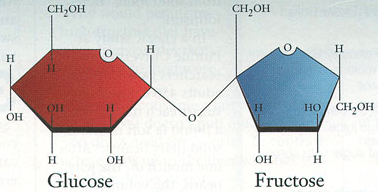 Even in the best of circumstances, experts advise against consuming too much fructose.  It's known as the bad sugar--as opposed to glucose, which is the good sugar. Glucose can be metabolized by every cell of your body, but fructose can only be metabolized in the liver.  Too much fructose can result in cirrhosis, Type 2 diabetes, gout, high blood pressure and obesity.

So no one advises drinking four bottles of Coca-Cola before your night on the town, even if you are a lightweight who wants to drink with the big dogs.  But it does show how the other foods you eat and drink can affect the rate at which you burn off alcohol. And how it is impossible to "back-extrapolate" someone's earlier blood alcohol level without knowing exactly what they ate and drank, and when.