For the Sixth Time this Year, We Get a Case Dismissed Entirely. 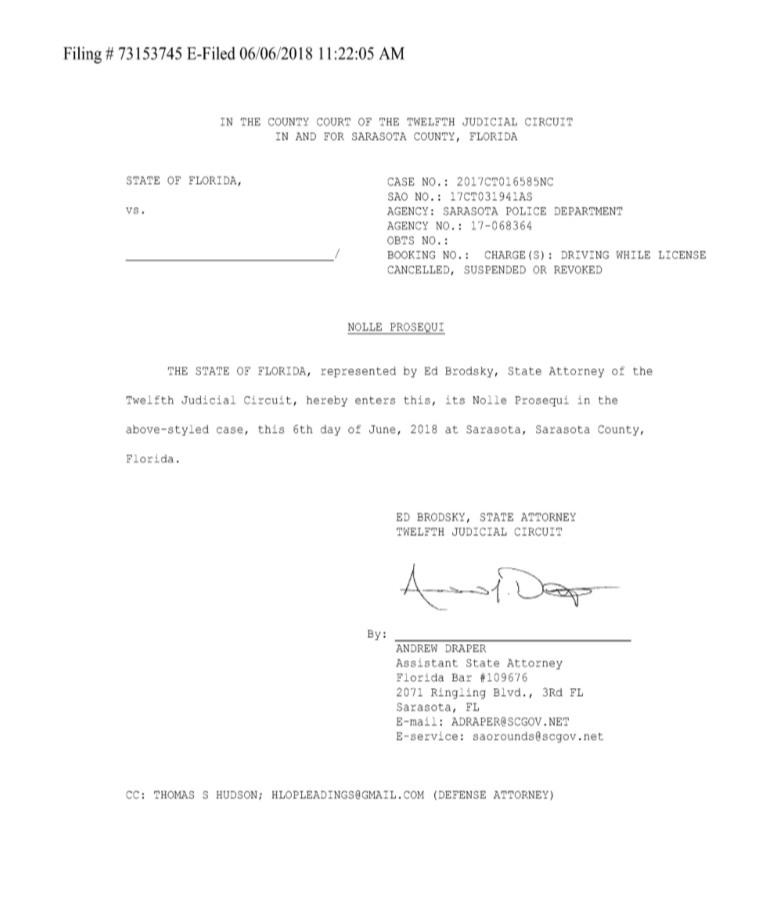 Sometimes the best we can do for a client is to get the charges reduced, or even just get a more lenient sentence. But for this client, we we able to convince the State Attorney to dismiss the charges entirely. Our client was charged with Driving while License Suspended or Revoked. But we realized that the real problem was that the officer who charged our client couldn't count.