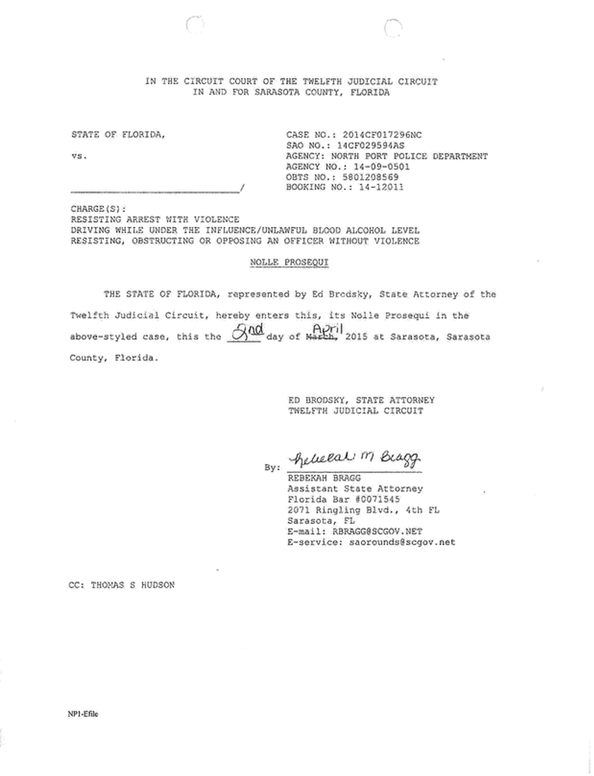 Following an extensive hearing on our defense Motion to Suppress the Evidence against our client, the judge ruled that the initial stop was unconstitutional.

The products of that stop and search were not admissible in court, and so the State of Florida dismissed the charges against our client, filing a Nolle Prosequi (Nullify the Prosecution).