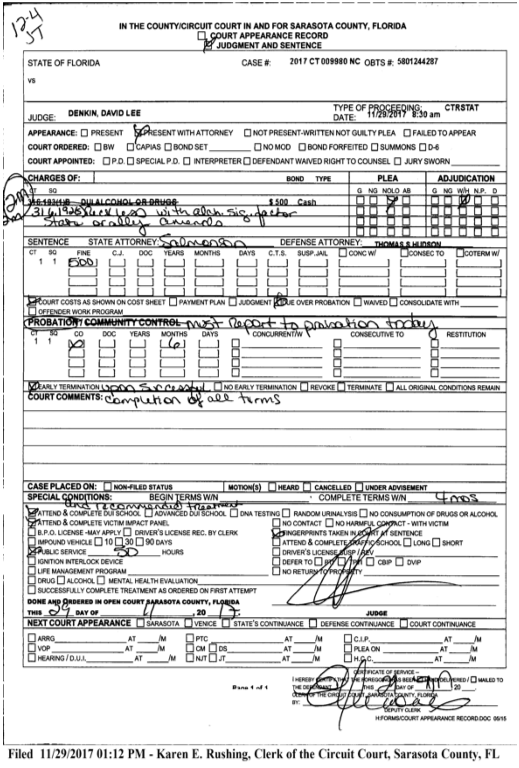 For the ninth time this year, we achieved a great result for our client, getting his DUI charge reduced to a charge of Reckless Driving. More important, we got the State to agree to a withheld adjudication. That's important, because for this client, it means that he may be able to get the case, including the arrest, sealed and removed from his record.

There are many reasons why DUI cases get reduced to Reckless Driving, but it usually means that a conviction is not guaranteed if the case goes to trial. Either there is something wrong with the State's evidence, or the defendant just doesn't look impaired in the videos. In this case, we were delighted with the result, because it was a client that Tom has known and respected for a long time. So it was an early holiday present for this client.