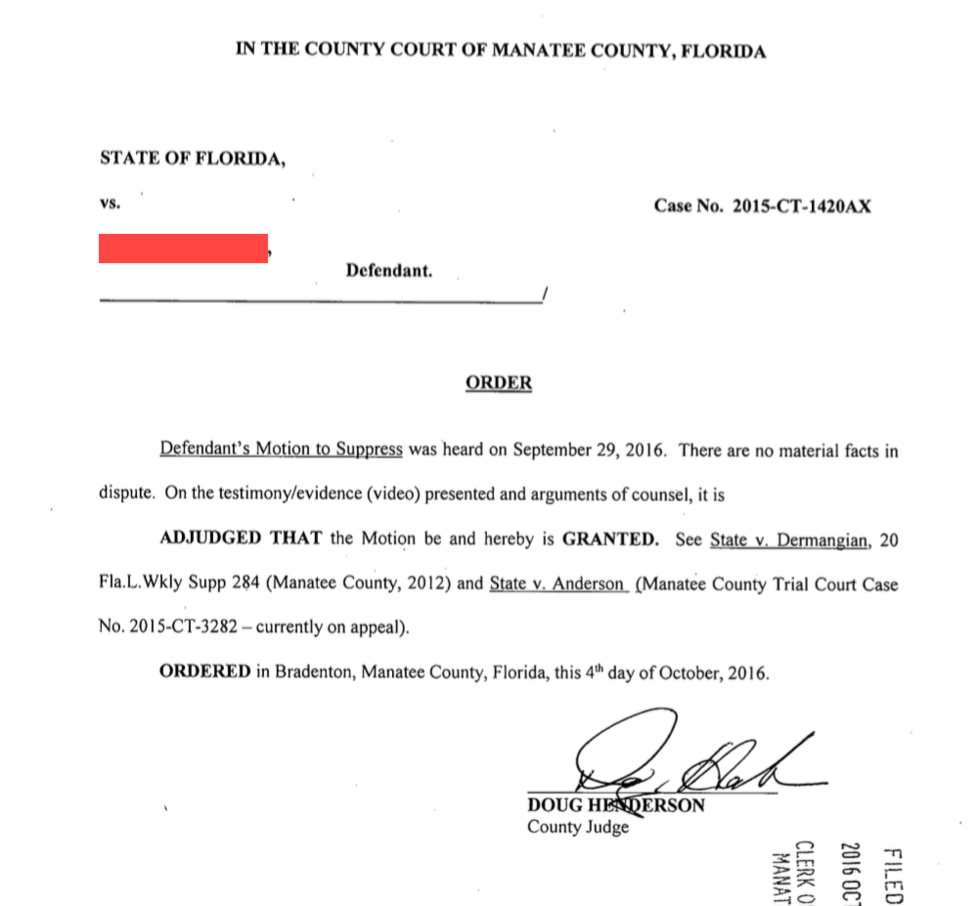 The Court's order granting our Motion to Suppress.

Our client was minding his own business driving home, when he ran a light "on the yellow."  In other words, he tried to get in just as the light was turning red.  Nearby, an off-duty police officer from another jurisdiction saw him, and decided to conduct a traffic investigation, even though he had no legal authority to do it outside his home city.

The traffic investigation turned into a DUI investigation, and our client wound up being arrested.  But his initial stop was illegal.  We filed a motion to suppress the evidence against him, and the hearing was held September 29.  There were really no facts in dispute, since the entire exchange was recorded on the officer's video recorder.

The incident lasted about twenty seconds from the time our client entered the intersection until the officer turned on his overhead lights to stop him.  The only question was: did this officer have enough evidence to make a citizen's arrest based solely on running a red light.

The answer is no.  And on October 5, we received news that the court had granted our motion to suppress evidence, and ordered that the State may not use any evidence which was obtained as a result of the unlawful traffic stop.  Another reminder that eternal vigilance is the cost of our freedoms.