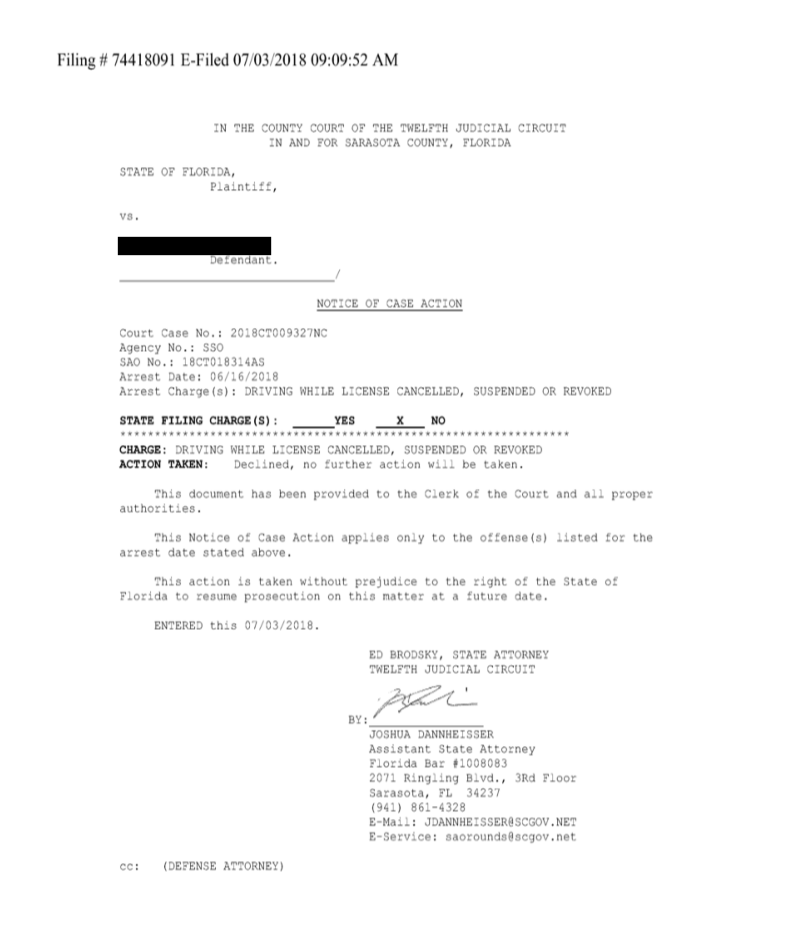 It's not a DUI, but it was important to our client that he not be wrongly accused of driving with a suspended license. We were able to intervene, and the case was dismissed.