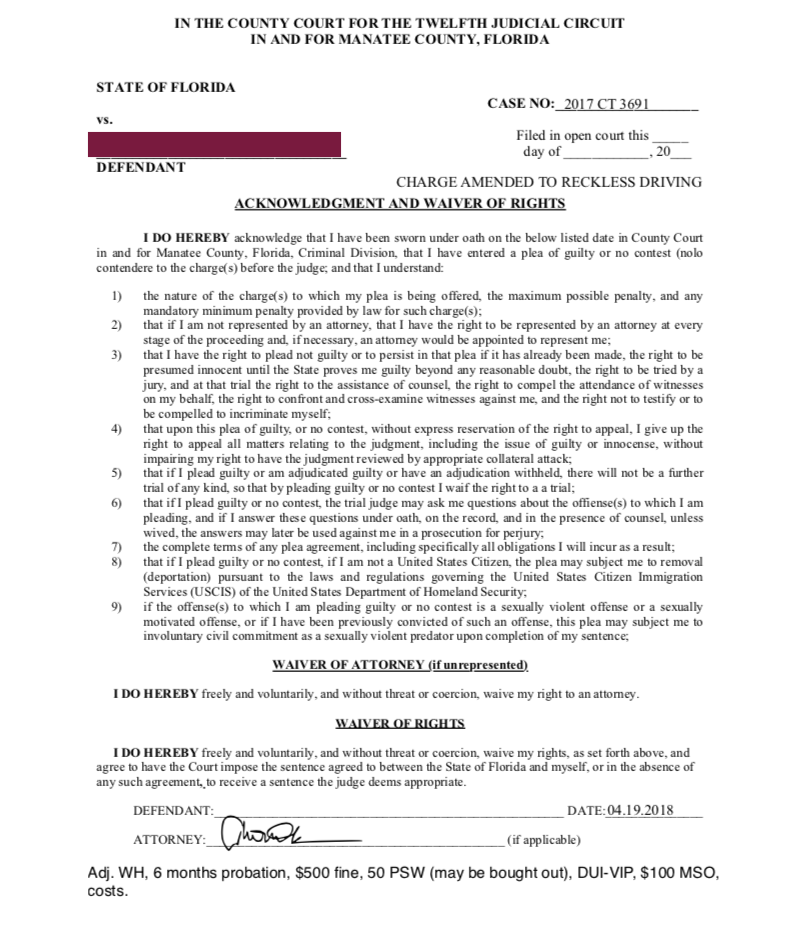 Many times, the best option for a citizen charged with DUI is to plea bargain. If we have a good case to plea bargain, it is a chance to get out client out of his or her DUI without a criminal record. In this case, the State Attorney's Office realized that there was a good chance that the initial traffic stop of our client was no based upon reasonable suspicion.

As Tom's father used to say, "Uncertainty is the lubricant of the judicial system." The uncertainty of whether the original stop was legal caused both sides to compromise.

Our client agreed to plead "no contest" to Reckless Driving, with adjudication withheld. This means there is no technical conviction, and the case can be "sealed" later, so that it won't appear in any future record check.